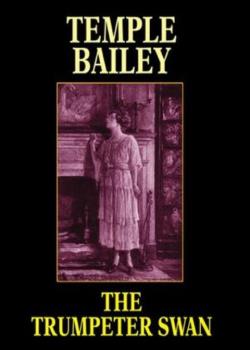 She did not need a hat. It would have hidden her hair. George Dalton, watching her from the door, decided that he had never seen such hair, bronze, parted on the side, with a thick wave across the forehead, it shaded eyes which were clear wells of light.She was a little thing with a quality in her youth which made one think of the year at the spring, of the day at morn, of Botticelli's Simonetta, of Shelley's lark, of Wordsworth's daffodils, of Keats' Eve of St. Agnes—of all the lovely radiant things of which the poets of the world have sung—Of course Dalton did not think of her in quite that way. He knew something of Browning and little of Keats, but he had at least the wit to discern the rareness of her type.As for the rest, she wore faded blue, which melted into the blue of the mists, stubbed and shabby russet shoes and an air of absorption in her returned soldier. This absorption Dalton found himself subconsciously resenting. Following an instinctive urge, he emerged, therefore, from his chrysalis of ill-temper, and smiled upon a transformed universe.